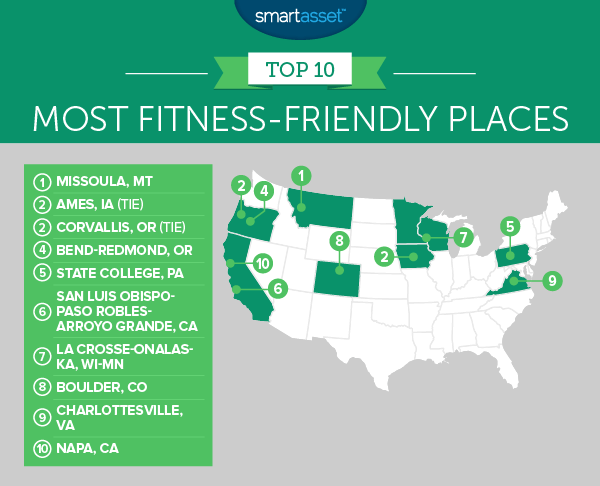 According to Smart Asset, Missoula has improved in all areas since it's first appearance on the list in 2015.  Missoula started out at #4, and in 2016 improved to #1.  This year Missoula's numbers have increased over last year's securing the #1 spot again.

"Missoula has ranked in the top 5 every year we’ve done this study, including back-to-back first place finishes. Missoula has mostly improved on last year’s numbers. This year’s data shows that Missoula has 36 fitness professionals per 10,000 workers and 137 fitness centers per 10,000 businesses. Both of those metrics are higher than last year’s. In fact, Missoula has the highest concentration of fitness businesses in the country so residents don’t need to go far to find a recreation or fitness center. All things considered, it’s not surprising that we’ve also highlighted Missoula as a top city for an active retirement." - Smart Asset

Visit our Things To Do page for more great ways to get active while visiting 2017's most fitness-friendly place, Missoula!