It’s easy to see that Missoula is a big biking community, and music is the heartbeat of this Montana mountain town. What few know is just how far back these commonplaces have been an integral piece of Missoula’s history. In honor of Black History Month, we are taking you back to the late 1880s, when an all-Black military unit made history in Missoula with bicycles and music. 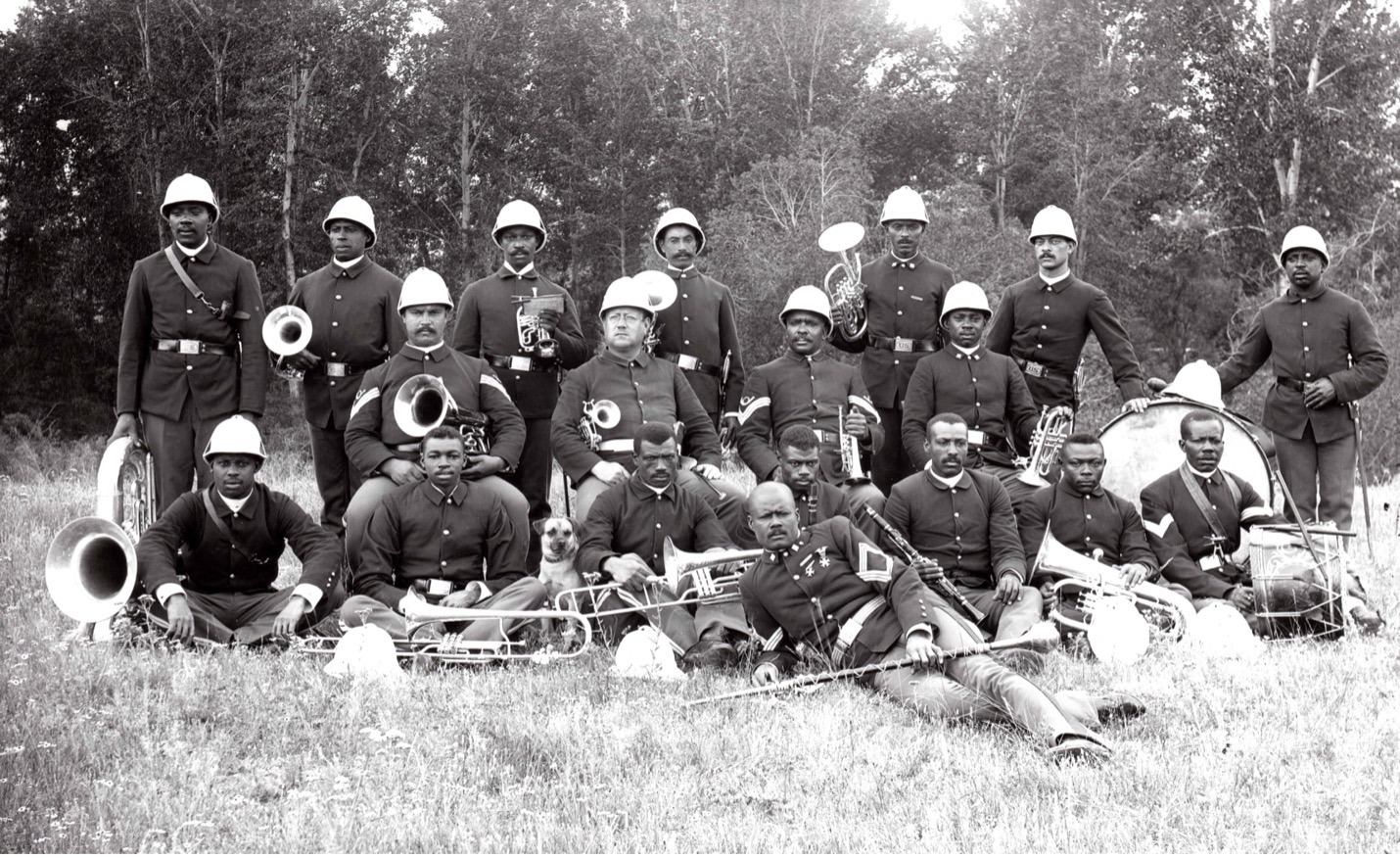 Fort Missoula was established in 1877 as a means of protection, an outpost for the region, and economic development. In 1888, the fort became home to the 25th Infantry Regiment, one of the four all-Black military units on the western frontier.

At the time, the growing popularity of the bicycle piqued the interest of the United States Military. Army Commander-in-Chief, General Nelson A. Miles, recommended that a regiment be supplied with bicycles to “obtain a thorough knowledge of their own country, especially the topographical features, conditions of the roads, sources of supplies, and all information of military importance.”

Fort Missoula’s 2nd Lieutenant James A. Moss received permission to organize the very first bicycle corps. He set to work contacting the A.G. Spalding company, who provided the bikes free of charge. The Spalding bikes weren’t just your average two-wheeler. They were 68 pounds and fitted to carry the men as far as they could pedal.

The 25th Infantry Bicycle Corps itself was initially composed of eight African American enlisted men from Texas, who were soon biking 40 miles a day. In addition to all that pedaling, they were training in just about every other sense imaginable. They were riding in military formation and tasked with reinforcing the Fort—what needed to be done was done with “fair and exemplary conduct.” 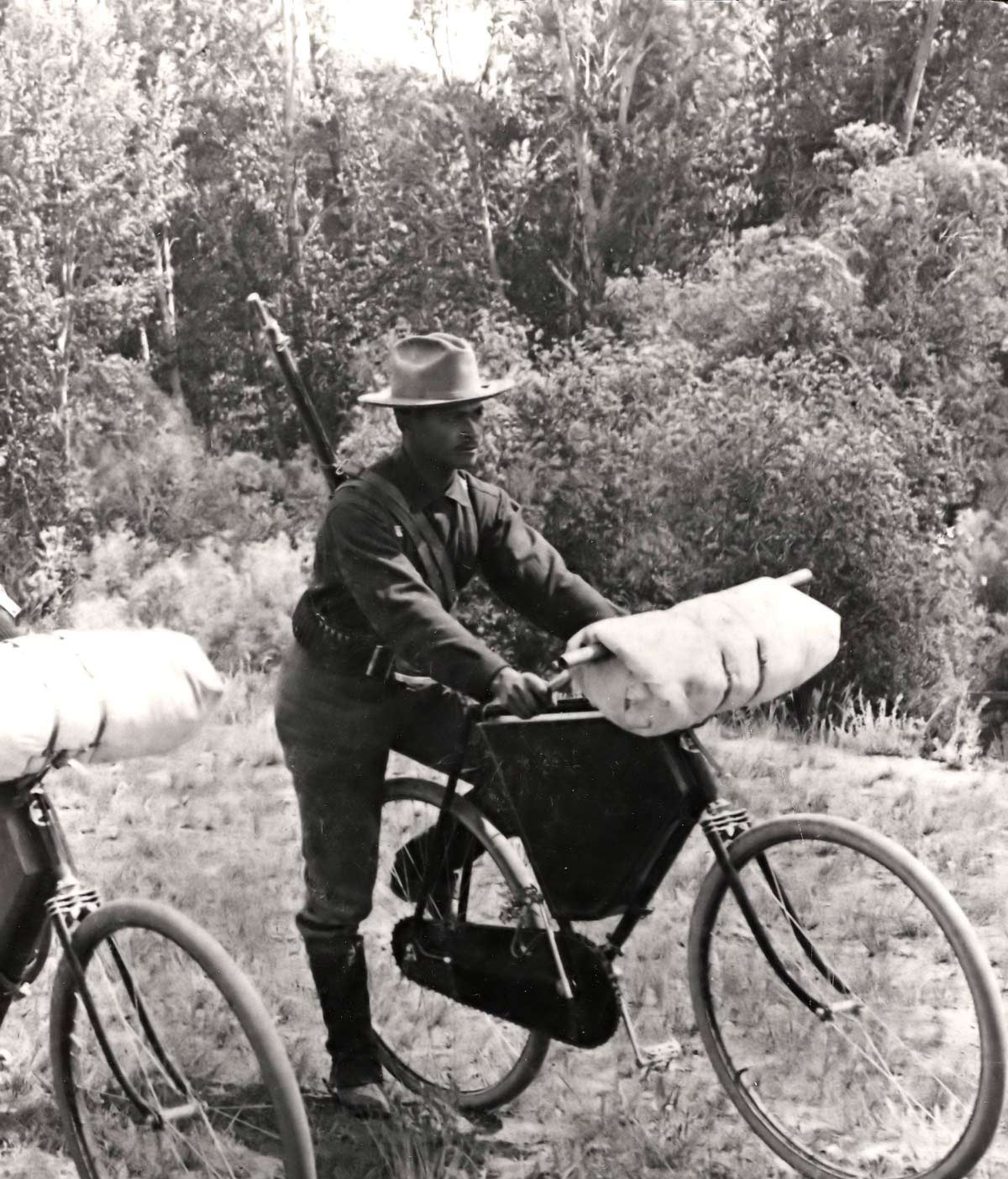 A member of the 25th Infantry Bicycle Corps, courtesy of the Mansfield Archives, from 1897.

The troop made history testing out the potential of bicycles for military use, making trips to Lake McDonald in the Mission Mountains, Yellowstone National Park, and eventually a 1,900 mile trip to St. Louis, Missouri. Their longest trip was over 1,900 miles. These feats are what established a place for the Iron Riders in history. However, a separate unit of the 25th Infantry, the band, was instrumental in different ways.

The 25th Infantry and band traveled to Fort Missoula after already becoming well established and well liked in Texas. They played one of their first concerts at a high school graduation in Missoula, where it was written that “excellent music was furnished by the Twenty-fifth Infantry band.” 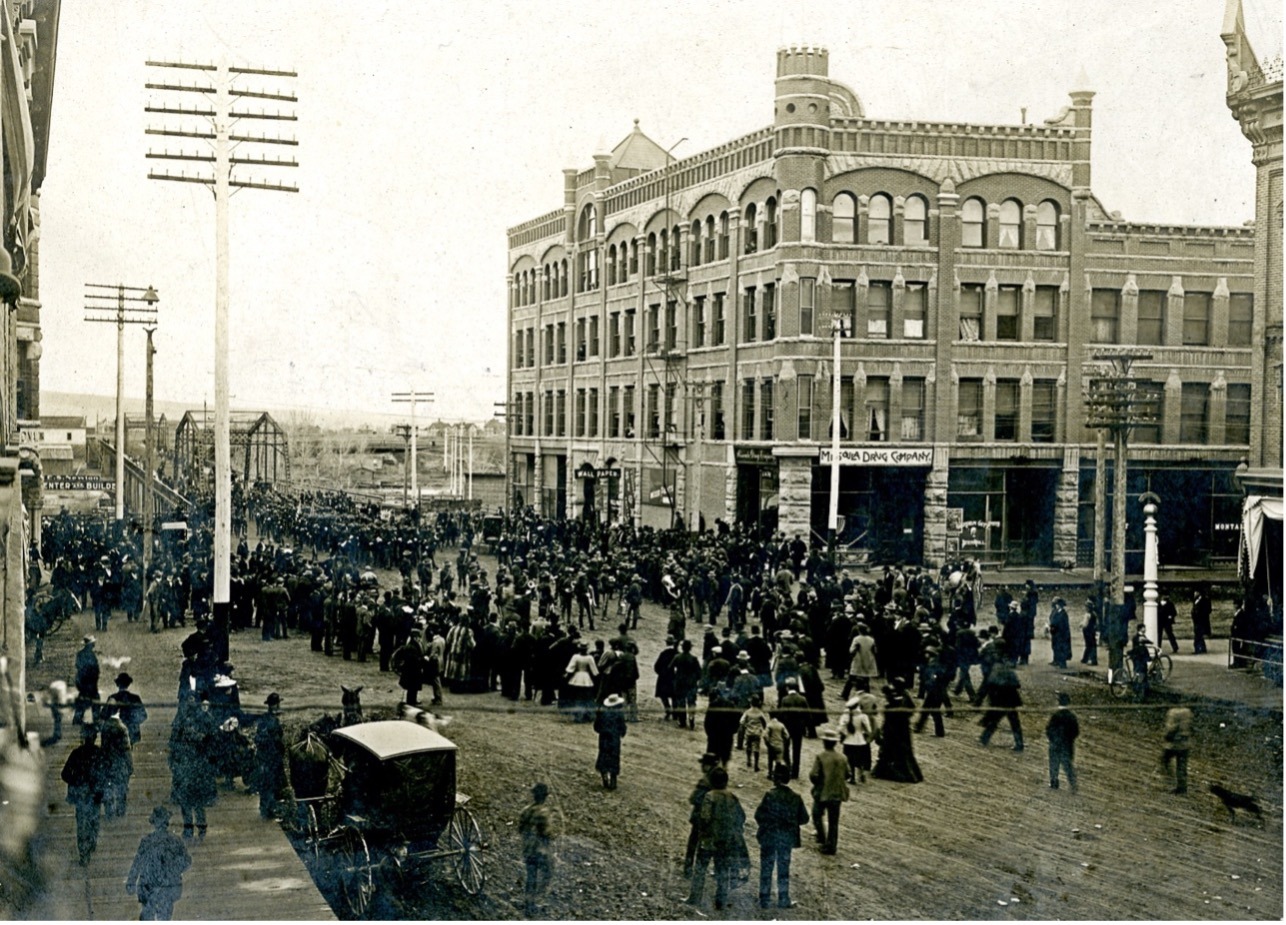 The band’s popularity and numbers continued to grow. In a news article in 1894, it was reported that the band had grown to 24 members. The band played concerts weekly and took part in parades for Memorial Day, Fourth of July, and Emancipation Day. They were commissioned for private events, dances, weddings, funerals, and any celebration that requested their talents across Montana. “The band returned to Fort Missoula [from Butte] last night, leaving behind many pleasant recollections of the excellent music it furnished and the gentlemanly deportment of its members.”[1]

In December of 1897, the 25th Infantry band was sent to Fort Harrison in Helena. The townspeople enjoyed the musical troop so much, they moved to have them stationed there permanently. A news article at the time portrayed just how beloved the famous 25th Infantry band really was, reading “The 25th Infantry band, U. S. A., as might be expected, is well worth hearing, and as a matter of fact is the star attraction of the company, not only as a band but also as an orchestra it excels any organization heard [at the opera house] this season.”[2] 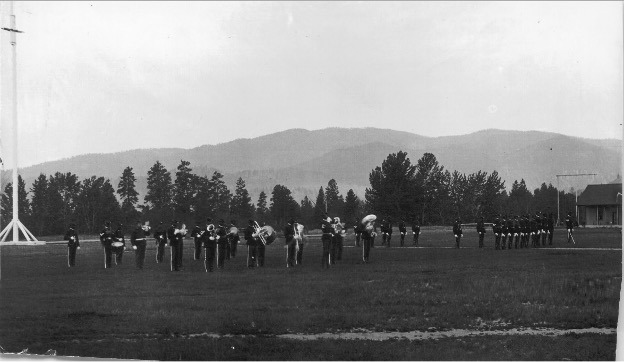 While the 25th Infantry Bicycle Corps was greeted at each stop along their journey, and up arrival in St. Louis, with welcome and celebration, the band is what forged a positive relationship between the military, the civilians of Missoula, and soldiers of color.

In April 1898, the 25th Infantry left Missoula to participate in the Spanish-American war, and was later assigned elsewhere. But their impact on Missoula remains long after their reassignment, and we continue to honor and remember the African American enlisted men of the 25th Infantry, and everything they did to make history in Missoula and beyond.

Present day, the Historical Museum at Fort Missoula houses the historical treasures of Missoula, its people, and the surrounding areas. Anne Smyrl, a museum assistant at the Historical Museum at Fort Missoula, reiterated the impression the band made on the community. “The band is commonly credited, from veterans and their descendants, as being the reason why Missoula’s community really embraced the 25th Infantry in a way that none of their other home communities had. You get a real sense of pride about the quality of the band, how they were based in Missoula and opened the doors for the regiment into society. They really do seem to been a part of life in Missoula at the time.”

The Historical Museum at Fort Missoula is creating a permanent, online exhibit of the band, and while the official release date is still "coming soon," we have lots to look forward to! The exhibit will be comprised of newspaper clips, spanning a decade, from all over Montana that highlight the band and their lasting impression across the state.