The word “Montana” evokes many images: towering mountains, flowing rivers, and beautiful animals. But there is another side of Montana that is not often thought of, though it should be—Montana’s musicians. Musicians from all over the state come to Missoula, one of Montana’s cultural hubs, to perform, and The Lucky Valentines are no different. Originally from Central Montana, The Lucky Valentines, also known as Shaun and Jamie Carrier, have been making music since, well, forever it seems. All bands have a story to tell, and you’re going to want to hear this one. Cupid outdid himself this time. Jamie and Shaun are more than just bandmates. They are soulmates, husband and wife drawn together by their love of music, and of each other.

“We both grew up in north Central Montana,” Jamie explains to me amongst the hustle of the Top Hat before a gig. Jamie grew up playing classical music and singing at church and with the Great Falls Youth Choir while Shaun was introduced to guitar as a young kid.

“My mom’s guitar was the first guitar I ever saw or heard,” Shaun tells me. “When I was six or seven she would let me mess with it, and I eventually convinced her to get me one. She found an old acoustic guitar from a farmer with a homemade plywood case. I took two or three lessons and it didn’t take, so the guitar went back in the case and under the bed.” And there it stayed for years. Later in life as a teenager, Shaun fell in love with the blues and had his heart set on an electric guitar, so after saving up money from mowing lawns and doing chores, he bought his first electric guitar and he was a goner. Hook, line, and sinker. Shaun recalls playing hooky from high school to play and write music with friends, and he continued to play with bands all through his early twenties. “When [Jamie and I] met, it just made sense. We would play music and write songs together. We gave it a try and it stuck, and that’s what we’ve been doing ever since.”

The Lucky Valentines met in 2019 at a church fundraiser. “A mutual friend was running a Youth Group that was going to help with Hurricane Katrina relief. This friend basically conned me into playing at it, and he told me there was this cute guy who would also be playing there,” Jamie says. “And then I forgot all about it until the day of when he called me and reminded me. I remember seeing Shaun across the room and he looked too cool and mysterious,” she says with a laugh. She recalls hearing Shaun and his friend playing for the first time and telling her mother, who was at the benefit, that she wanted to meet him. The feeling, as it goes, was mutual. Shaun’s friend told him that he would marry that girl, and Shaun was actually the one who made the first move. The rest is written in the stars.

“Fate kept bringing us together,” she smiles. “It didn’t take more than three weeks before we were dating.” Music was the ultimate matchmaker: two seemingly unconnected people brought together by rhythms and rhymes, and a love born out of the harmony of two lives blending together into one. In the beginning of their relationship, they recall playing music together and finding that the two of them worked, like puzzle pieces that fit seamlessly together. On Valentine’s Day in 2010, Jamie and Shaun got married. They are, quite literally, the Lucky Valentines. 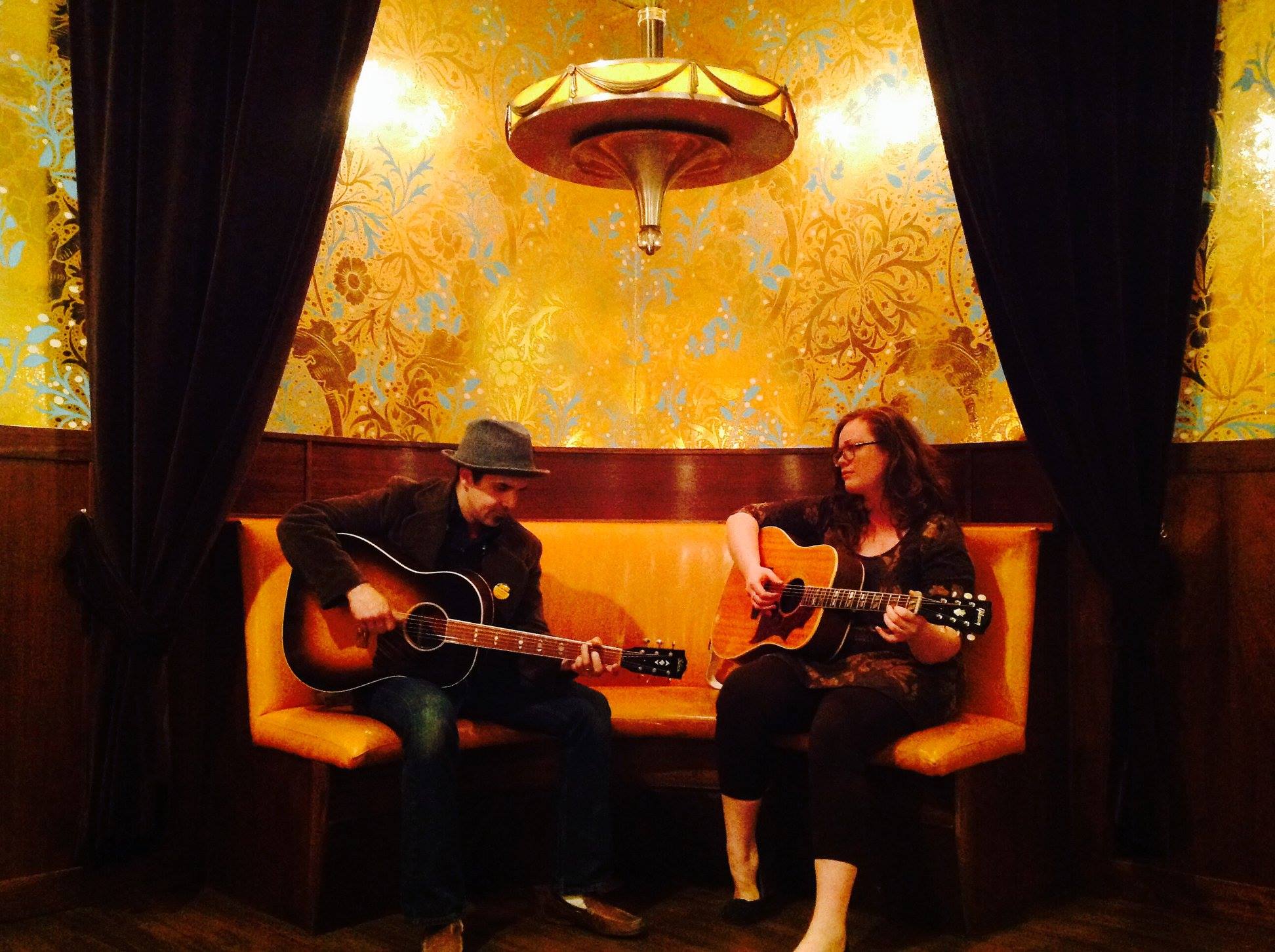 While they always played music together, it was not their main focus for many years. After they got married, they lived for years in Central Montana raising their four children. “I was working construction, which is demanding, and we had four kids. We always wanted to make music work, but we questioned how much money we would be able to bring in [to support our family]. In the back of our minds, we always wondered ‘what if it works?’ We knew we had to give it a try,” Shaun tells me. Their story is a unique one. Unlike the many we all hear about young, aspiring musicians in their teens touring, Jamie and Shaun are different. They are still musicians and working hard at their craft, but they have four kids in tow and, having started their musical journey in their thirties, are not your typical performers. They are driven and determined, and they make their passion their daily work.

Over the past two years, The Lucky Valentines have been hitting the Montana music scene hard, knowing that if they did not take the leap and start making music a reality, that it might never happen. They still have day jobs: they are partners at a coffee shop in Fort Benton with Jamie’s sister where Shaun works on the weekdays, which allows flexibility and freedom to explore music.

Montana, they explain, is a very open community for aspiring musicians. “In Montana, so many places are [welcoming to the idea of having live music] if you send them an email or share a song sample.” The Lucky Valentines are a two-person show: Jamie and Shaun serve as their own booking agents, tour directors, song writers, and performers.

Growing up in Montana listening to Montana radio, Jamie notes that country was a huge influence on her musical style, shifting to a love for folk and Americana as she grew older. “I’ve always loved music, but it took me until my early twenties to discover good music that was off the beaten path,” she says. “I remember the first time I ever heard Patty Griffin, I was blown away.”

Shaun explains that both of his parents were very into music, and that growing up, it was always on in the background. Things like The Eagles and Van Morrison and Alabama. As a teenager, Shaun fell in love with rock’n’roll and blues—music like BB King and Johnny Lang and Jimmy Hendrix. Their music is a combination of all their influences and life experiences, but perhaps some of their greatest musical inspirations are each other.

“Meeting Shaun was a really awesome part of my song writing journey because I was pretty content with just writing ditties that were personal but a little campy, and he is poet who digs deep,” Jamie says. Shaun recalls that as a band, the two worked together with ease and that their style was born from their relationship and time making music with each other.

The Lucky Valentines have recorded the album Lion in the Garden, and they travel around their home state of Montana spreading Americana music to anyone and everyone who wants to listen. They are working on a new album, to be released in April of 2019 with their new single releasing on January 1st. Learn more about the band on their website and their Facebook page.

The Lucky Valentines will be performing on Friday, December 21, 2018 at the Top Hat in Missoula for Family Friendly Friday.