Since the outbreak of COVID-19 began, people have been urged to take action and follow safety guidelines for the sake of their health, and the health of everyone around them. Communities throughout Montana took proactive, aggressive steps to stop the initial spread of COVID-19 with great success. But now that our state is reopening, it's more important than ever to step up and do our part in keeping each other safe. For Shadow Devereaux, a tribal musician known by his artist name Foreshadow, it means doing your part to protect your elders, your culture and your community as a whole. Destination Missoula hopped on a call with Devereaux to talk about his recently released music video, "Protect Your People," and what inspired the now viral song.

The music video "Protect Your People" was released in late June with an incredible response, and has only continued to gain press coverage and social media engagement ever since. Devereaux was recruited by the Confederated Salish Kootenai Tribe to help with their CSKT COVID Youth Community Care and Awareness campaign, and encourage safety guidelines among the Flathead Reservation youth. Devereaux is a Salish and Blackfeet artist from the Flathead Indian Reservation, and felt inspired to use his music to spread a message of support, safety and respect to younger generations in his community. When first posting the video on his Facebook page, he wrote, "This isn't just about US. This is about our elders. Protect your people. Preserve your culture. Protect your culture." In Destination Missoula's interview, he reiterated the importance of that message:

Devereaux's message resonated with many, in a very big way. When asked about the response he saw after releasing the video, he explained the social media feedback as, "Insane—the best response I've ever had on a music video." Now, the video can be found on his Facebook page with over 300 comments and nearly 5,000 shares, reaching far beyond the state of Montana. 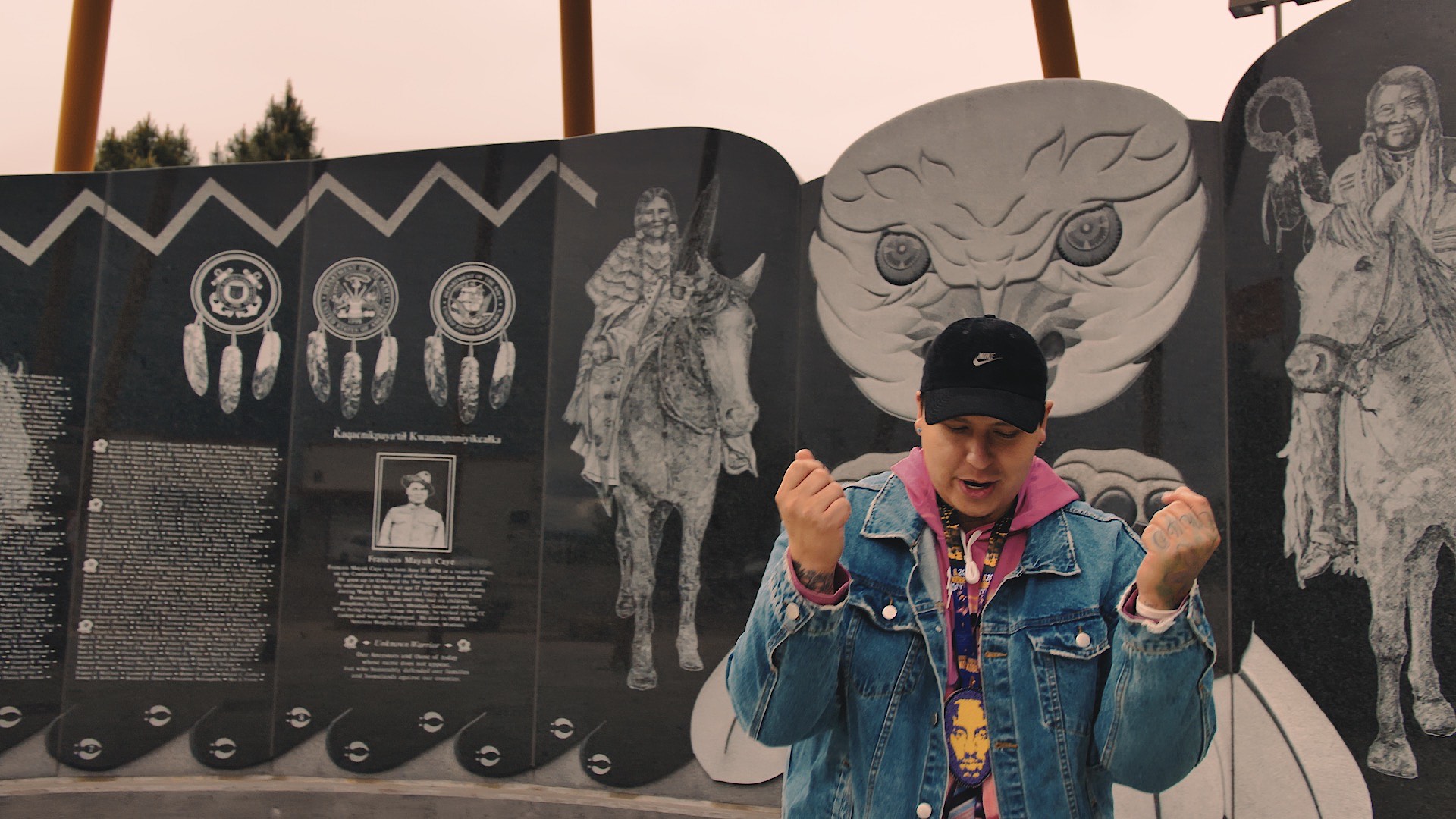 While the video has had a massive impact and continues to spread its message, Devereaux keeps using his platform as a musician to do his part. On July 8th, as Montana was beginning to see an uptick in COVID-19 cases, he posted on his Facebook page urging people to "take social distancing and hand washing extremely serious" and to "wear a mask, not only for yourself but for others who are more prone to illness or more prone to fatality from it." His posts are both inspiring, and serious in the face of COVID-19’s threat to his people and culture.

"Protect Your People" continues to inspire people to step outside themselves and take action for the ones they love, and in the end, that attitude will save lives. See and hear more of Shadow Devereaux and his message:

Read more about Shadow Devereaux, "Protect Your People" and the community response.

Check out the official artist Facebook page for Foreshadow.

Listen to more music by Foreshadow on Soundcloud.