Just a hop, skip and jump from the University of Montana, an old truss bridge holds the literal weight of undying love. The Van Buren Footbridge crosses over the Clark Fork River, and has become a quintessential Missoulian landmark, a Montana version of the global phenomenon of love lock bridges. The bridge itself serves as a gateway into the charming University District, while offering a prime view and access to the Clark Fork River that rushes below. When the sun goes down, it gets even more magical as twinkle lights illuminate the bridge and add to the romance of it all.

Love locks have spread across the world, adorning bridges, fences, poles—really anything they can be attached to—symbolizing sweethearts’ love and commitment to one another. Love locks caught on in Missoula nearly a decade ago, and they are still going strong today. 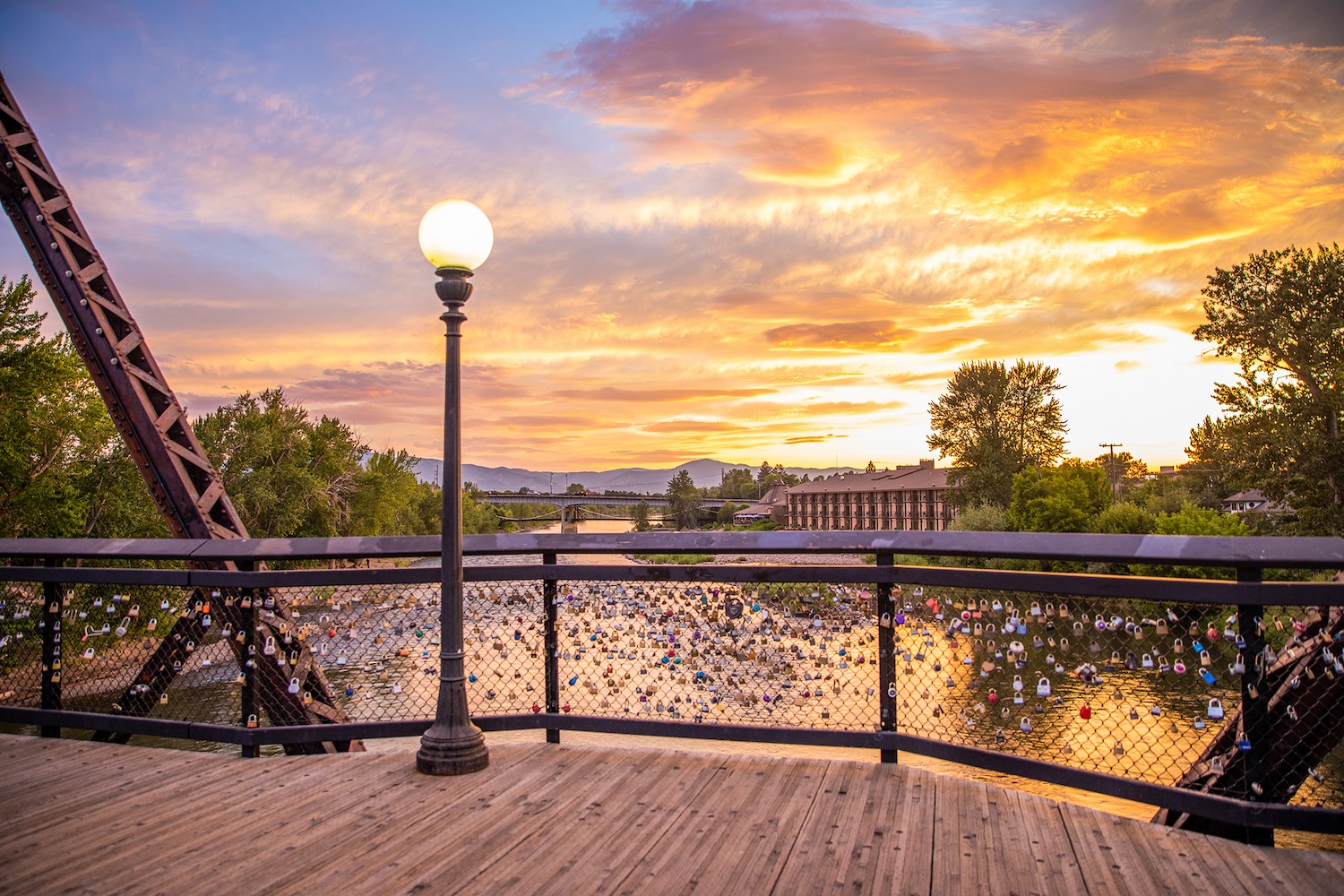 The history of these bridges can be traced back to Serbia just before World War I. A young woman and Serbian officer fell in love, their meeting place was a bridge in town. Prior to the officers deployment abroad, the young couple got engaged, but he met another during his tour and broke off the engagement. The young woman at home is said to have died of heartbreak, spurring local lovers to lock padlocks to the bridge in hopes of ‘binding’ their beloveds to home. The concept of love locks has continued to grow in popularity due to their inclusion in poetry, books and movies.

While some folks have raised concerns about the impact of love locks on the bridge and river below, others have deemed it a safe and heartfelt tradition for sweethearts around the world. Only time will tell for Missoula’s most romantic bridge and the loving tokens it holds. 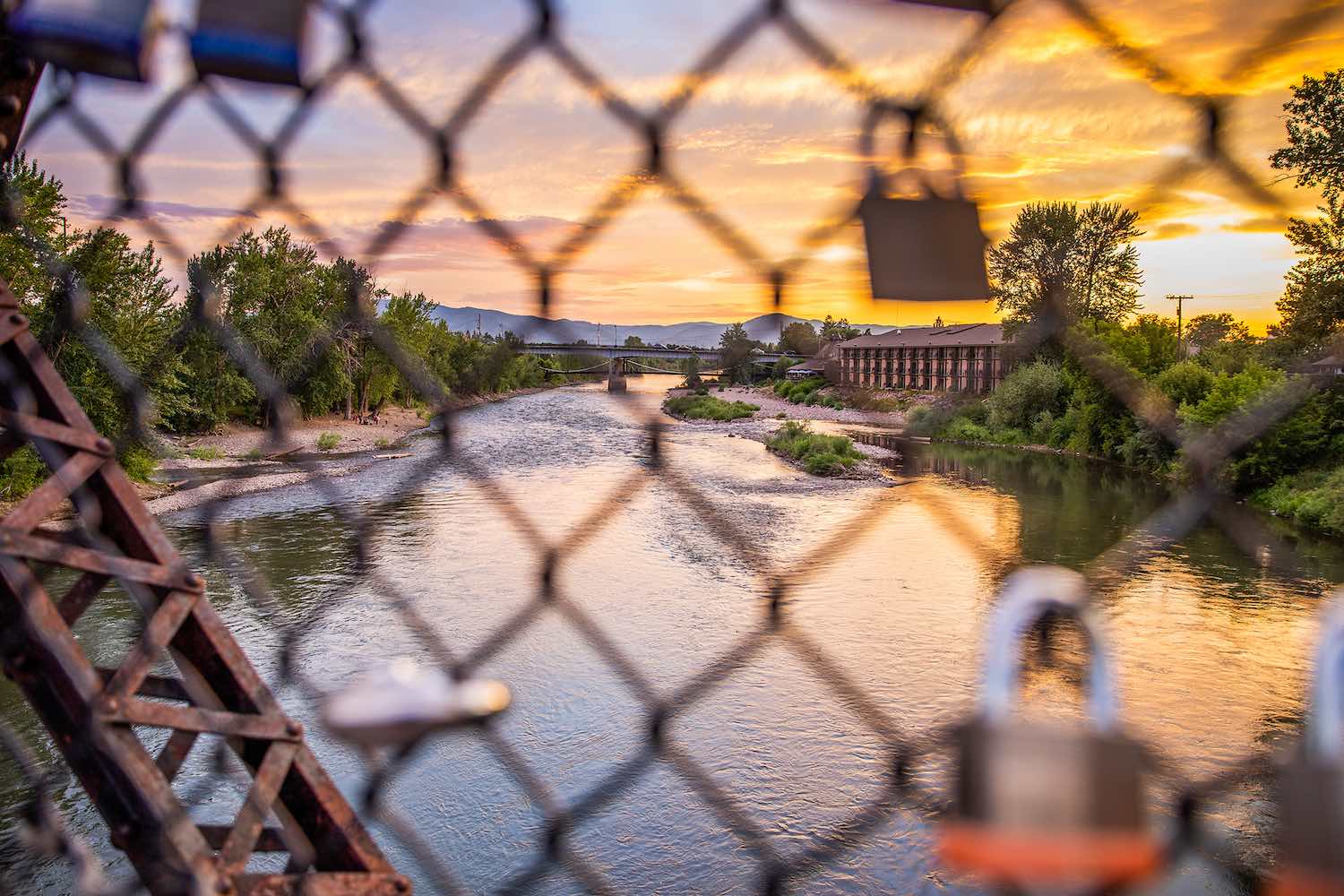