Missoula is recognized for its booming craft beer scene year after year, and 2019 is no exception. SmartAsset releases their annual list of "Top 10 Cities for Beer Drinkers" and—surprise, surprise—Missoula is no stranger to that list. After making the cut in 2015, 2016, 2017 and now 2019, we think it's safe to say that our craft breweries are worth the visit (or move!) to Missoula. 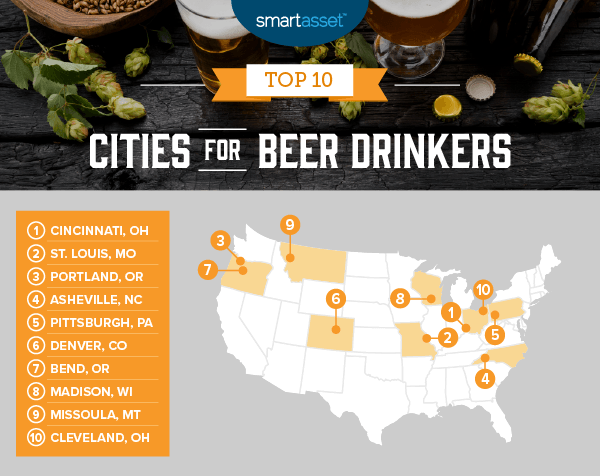 It's not just the sheer volume of breweries and brews that earn Missoula its yearly place on SmartAsset's list. It's the community, culture, and even the affordability of our craft beer scene. According to SmartAsset's latest article, "Missoula ranks within the top 10% of the study for its average price for a pint, at $3.50, which is also the lowest price in our top 10."

From annual craft beer events to 12 mainstay breweries, there is always a steady flow of craft beer in Missoula. And if you can't pick from the seemingly endless list of events and breweries, simply head to the Dram Shop, where a borderline-overwhelming tap list and craft beer connoisseurs await. Visiting in the summer? Make your next pub crawl a river float with guides like River City Brews. How about in the winter? Local breweries such as Draught Works celebrate the season by offering fun events and promotions, such as a free ski/snowboard waxing with the purchase of a pint, or a free pint when you show up on cross country skis!

Bottom line: Missoula is more than craft breweries, it's a craft beer community. Visit Missoula to see (and sip) for yourself.